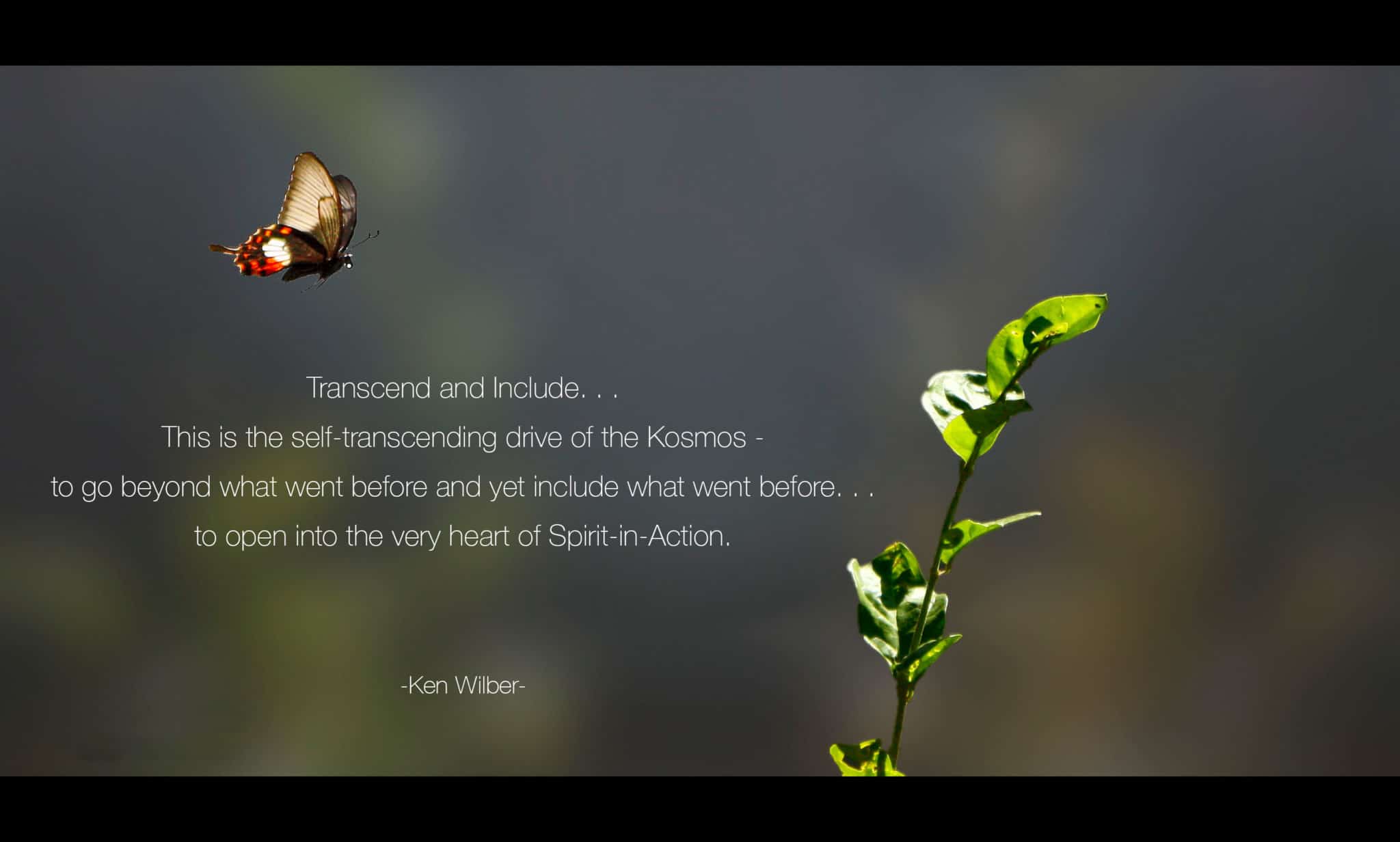 When in conversation with yourself, other persons, systems, theories, decisions, directives and approaches; how often is the dialogue filled with issues of competing values, opinions, models, thoughts, words and actions? How often are the opinions that come up outdated, narrowly defined, limited in scope, controversial and unacceptable? What emerges within you when this happens? Do you go into argumentativeness, fight, flight and fragmentation or into integral expanded thinking, silence and collaborative conversation?

When we’re working from a binary either/or operating system, it’s predictable that we’ll be searching for the ‘right’ answers and ways of being and doing. This binary system doesn’t allow us to see our blind spots, limited perspectives and values. It keeps us in a  narrow and limited view that we cling to, fight for and unapologetically defend. It’s called exclusionary thinking and invariably ends in limiting possibilities, conflict and disconnection. It’s still the primary mode of thinking and acting in our global community and tends to be destructive and dysfunctional.

When we operate out of closed belief systems there’s little to no flex/flow. There’s a rigidity that feels threatened by anything other than our own ways of seeing and believing. It’s like looking at a picture in a picture frame and denying that anything else exists in that picture beyond what’s shown within the frame. The larger picture is hidden, therefore it doesn’t exist. However, in Integral Theory, Spiral Dynamics, Depth Psychology and Contemplative Spirituality there’s always a bigger picture, a more expanded view, a new approach to what is and can be.

In an ever expanding universe, no one has the only certain and exclusive truth. No model of anything has a monopoly on the true and final word. Rather, life is growing, changing and rearranging continuously which means we are in an ever evolving process as we travel well over two million miles per week through space: a pace that seems unimaginable to most and for  those who argue with science, is impossible. Realizing we’re all works in process, we can begin to transcend our limitations while also including our differences. Are you up for this?

Shifting from a binary either/or operating system to a ternary both/and system through neutrality/reconciliation facilitates transcending and including. When we recognize that we may be operating within limiting, unhealthy, outdated and false models and systems, we can begin to engage our own operating systems within a new collaborative paradigm. We can empower ourselves and others to be open to new perspectives and levels of inquiry. We can put our dearly held beliefs on a shelf for further enlightenment.

With a new openness, understandings grow higher, broader, deeper and more inclusive. We come to know the True Nature of Life that flows through every new level of complexity by both transcending the limitations of earlier levels and co-creating new ones. Atoms are transcended and included by molecules. Molecules by tissues. Tissues by organs. Organs by physiological systems. Systems by relationships. Relationships by infinite interconnectivity and ever expanding wholeness. . .

The True Nature of Life is pointing the way for our next step in conscious evolution. As we assess the present models and perspectives we now hold, recognizing their possible limitations, we will include them by transcending the exclusionary forms while including the integral substances. This is now necessary in the fields of spirituality, science, art, politics, education, agriculture, business and beyond. It’s an invitation into  the next step in assuring an enlightened future for our children into the 7th generation. It’s also an awareness that our only true limitation….is our own lack of imagination….