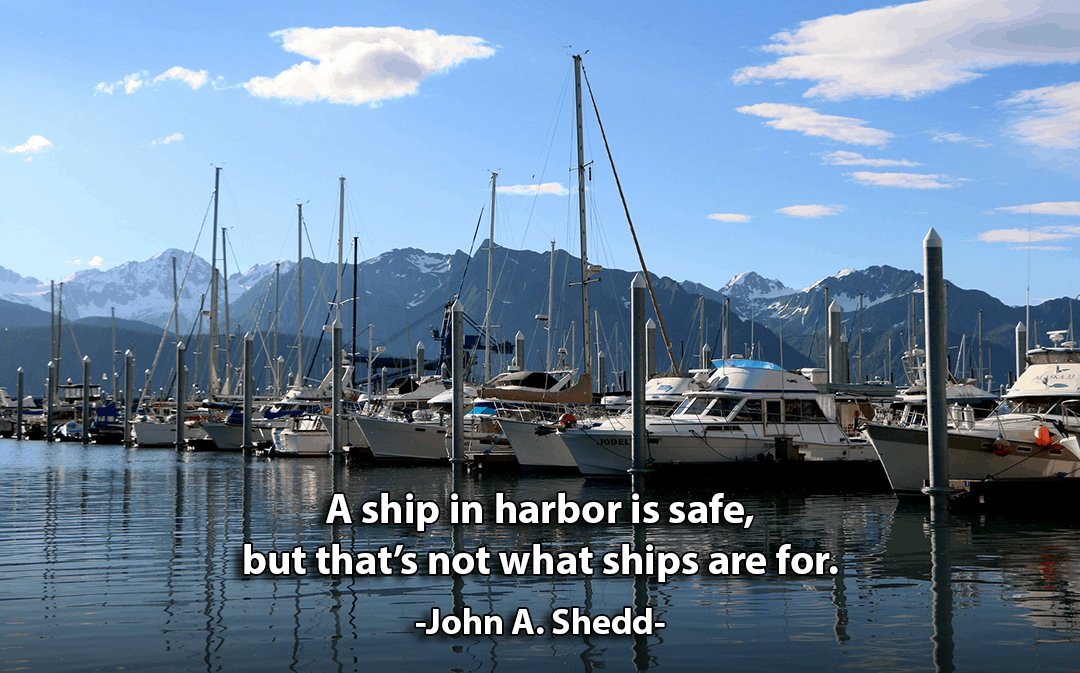 As I sit here reflecting on how my life improved and not when I took chances, I now wonder if the most difficult risk we can take is to be honest with ourselves about the rewards that come from the risks. For me, the rewards sometimes come with great loss, heartache and emotional pain. Other times, the rewards come with great possibilities after taking the risk of letting go of what I’ve been holding onto that’s kept me stuck.

Often, in risking my security for freedom, the freedom turned into a prison while other times, in risking freedom for security, the security imprisoned me. What I’ve learned is that risk and reward are two ends of the same pole. Each leads to the other until we face the realization that life itself is both risk and reward. How we view the poles determines what we see and the experiences we have. I know this sounds like a circular argument because it is. Let me explain a bit further.

The truth of risk and reward and any binary, either or thought and action puts us in a win/lose perspective. A ship in a harbor is ordinarily safe and yet, when a hurricane hits the harbor it’s not safe at all. An alternative could be to sail the ship out of reach of the hurricane or load it on a trailer and haul it out to safety. Thinking the workplace is safe and secure when it’s unethical and exploitive is filled with risk no matter what the reward. Staying and leaving both pose risk and reward. It’s a choice to be considered.

Think of situations you’ve been in where the risk of engaging was worth the reward and where it was not. Also recall when you left something or someone thinking the reward in leaving would be great and it turned out to be the opposite. Do you remember any situations where there was short term risk with long term reward and short term reward with long term risk? Sit in one of these scenarios to see how reward and risk are often  both/and propositions. Become aware of how they can both play into one another.

Staying with the sailing metaphor: I remember taking the risk of leaving a harbor in a gale rather than riding it out at anchor. The rain was pouring down with strong winds producing four to six feet high waves. We sailed for hours through the storm eventually leaving it behind us. The journey was exhilarating. The risk was significant as was the reward. The port we eventually reached that day was calm and sunny while the one we left continued to be dark and stormy. Here the reward and risk were one.

The point here is simply about being honest with ourselves about risk and reward. One leads to the other as well as to itself. Whatever we want in this moment can become what we don’t want in the next moment, even when the moments are years apart. In this life we must come to realize that every decision we make has both risk and reward and no matter which comes first, the other can become a shadow of it.

In knowing this, we can accept the outcomes of our decisions and simply embrace them as part of what it is to live in this earthly realm. Awareness, attention, acceptance and appreciation are imperative in the midst of every decision. With these faithful companions we can always be ready for the unexpected as well as the expected; to consciously live life with a greater sense of harmony, reverence and joy. From my perspective this becomes a way of loving what is, thus uniting risk and reward. Hmm…