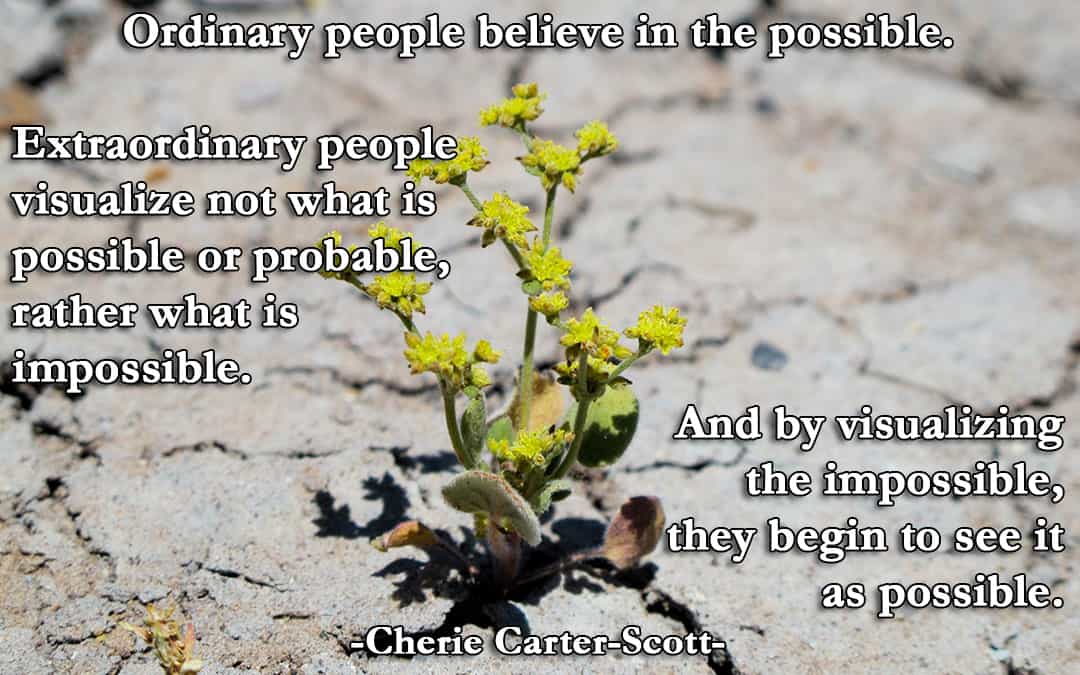 For the first quarter of my life I only believed in the possible. It was the cultural conditioning I, like most of us received. There was a station in life I was to live into or only exceed by a margin. There were expectations of how it was to be and rocking the boat was not acceptable. ‘Good people know their place and who do you think you are?’

Then a wave of change broke loose in the cities and college campuses in the U.S. My world and the worlds of hundreds of millions of people got turned upside down. An unpopular war was raging, the civil rights movement was well underway, and change was everywhere. What I thought was impossible, in so many ways was possible and actually happening everywhere. Optimism turned to Chaos. Stability turned to Anarchy.

Not only did we all begin to see the impossible become possible, we participated in it. We started being and doing what we were taught was impossible. We started dying in wars, turning on to radical politics and mind altering drugs. We dropped out and marched in the streets. We participated in sit-ins and even burned down government buildings. We made music never before heard and eventually settled down and made truck loads of money, transformed business, and made science fiction a reality.

Who would you rather work with, someone who is inspired to do the impossible or someone who’s just biding time and complaining about how screwed up everybody and everything is? Are you visualizing the impossible and figuring out ways to make it possible? Are you having powerful conversations with people who are also thinking and acting this way? How, as a high achiever are you activating an enlightening life?

As you recognize your track record of success are you still craving something more? Is that illusive ‘something‘ still showing up in your unfulfilled dreams? Do you still believe and even know that the only reason something is impossible is because you believe it to be? Have you come to the place where simply doing more of the same is no longer enough for you? If so, it may be a clarion call to serve in new and inspiring ways.

What I want you to know is that it’s never too early or too late to change. If you have an unfulfilled dream, awaken to the possibility. The only thing impossible is thinking it is. The only limits on you are your competing beliefs. Get clear. Believe in the impossible and help it become. Through your vision and persistent action you can “Make It So.”