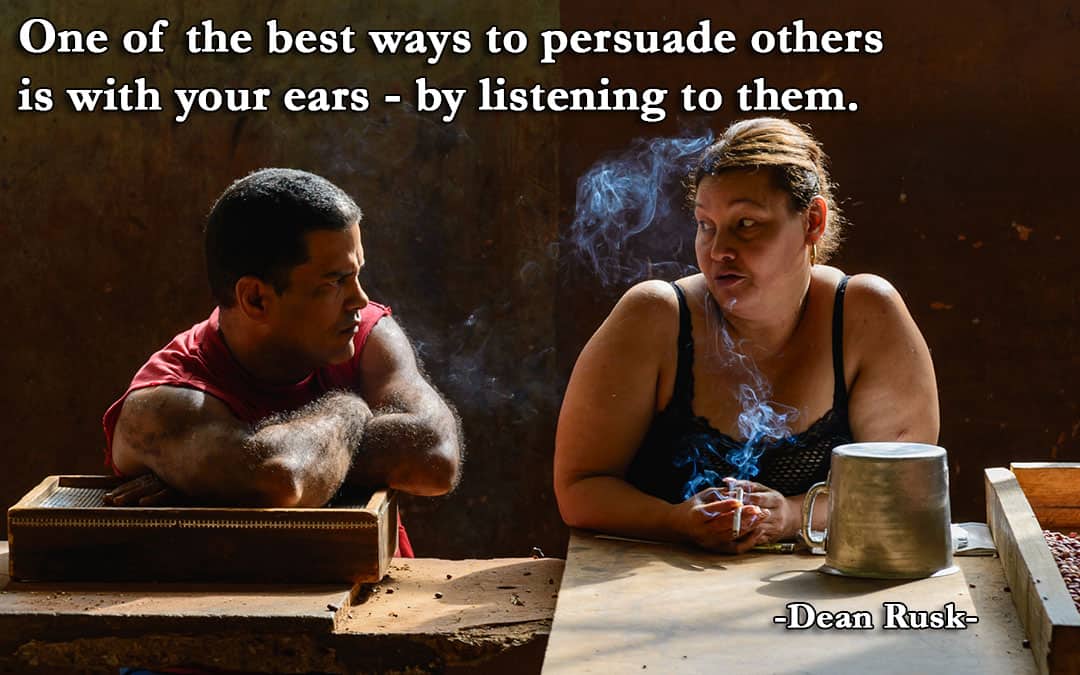 When you have a conversation with another person how much attention do you give to them? Are you curious about the other person’s opinions, beliefs, and wants or are you more concerned with what you’re going to say and some inner conflict you’re mulling over? Reflect on the last conversation you can remember and observe where you were within it. Do you remember what was being said? How important was it?

There are a lot of mixed messages in conversations. We play games with words. We fill space with beliefs that are not our own. We cover our vulnerabilities and aren’t very aware of what we and the other person is really saying. We skim the surface of issues or make our demands and are not aware of the deeper message behind the message.

When I have permission to do deep transformative work with another person I have to continually ask for clarification of what’s being said. I have to be curious enough to ask probing question because there are always layers of meaning beneath the surface. In deep listening we are inspired to speak our truth, be curious, patient, and ask for clarification. We want to connect, to communicate at another level of awareness.

Years ago, when I was training to be a psychotherapist and transformative guide and coach, my mentor gave me advice that took a long time to deeply understand. “You must learn to lead by following a half step behind.” It finally went cellular when I was involved with training a horse who hadn’t yet come to trust humans. It took two years to win the ‘friendly game’ with him. I accomplished it by leading a half step behind.

The deep teaching for me was about learning to listen with my whole being. The Latin word is obedere. It’s the origin of the English word to obey. To listen deeply is to obey the energy that is present. It’s giving attention to the wholeness of the situation that’s being communicated. There’s mental, emotional, physical and spiritual energy in every interaction we have but we only give attention to a small piece. We lack awareness.

The complimentary work here is following what we are listening to. It’s staying with the inner and outer conversations for further awareness to learn and discern. This work is spoken of as discipline. It comes from the Latin word, disciplina. This is the directive to follow the conversation by leading a half step behind. It takes deep listening, focus, and concentration to discern the meaning of the spoken and silent energy in the moment.

Following the thread in any conversation asks for a certain presence, patience, and curiosity to discover what’s being said at what level. It also looks into what else could be asked to open the conversation to different levels. Learning to listen is also learning to follow, to be curious, patient, and attentive. It’s a leadership quality that changes the world one conversation at a time. Hmm. What a concept . . . How are you listening?