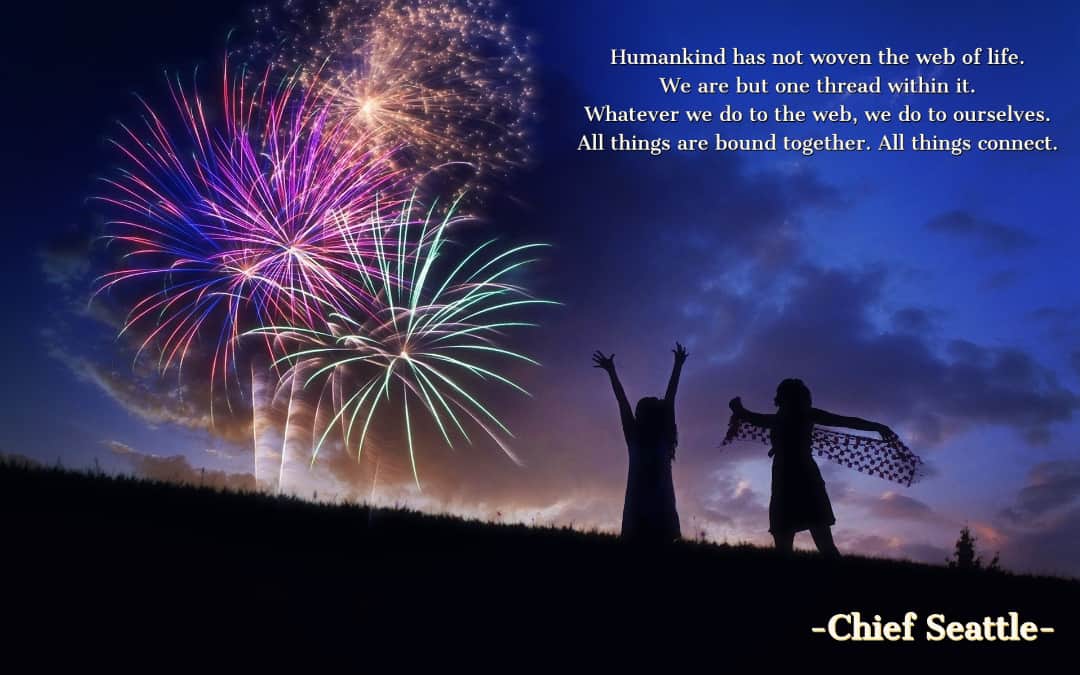 Two hundred forty four years ago, fifty six men representing the thirteen colonies of the American States signed a Declaration of Independence to “Absolve from all Allegiance to the British Crown, and all political connection between the colonies and Great Britain.” For the support of this Declaration, with a firm reliance on the protection of Divine Providence, they mutually pledged to each other their Lives, Fortunes and Sacred Honor.

In this pledge, all fifty six men and their families literally gave their lives, their sacred honor and their fortunes for this greater good as the British army hunted them down, destroyed their property and did whatever was possible to silence them, disperse and destroy them. They however never faltered. Rather, they inspired a small nation of ‘free people’ to rally against the British and seal their independence. They discovered their roots in equality, liberty, and a common life. They did a freedom dance that sparked a movement that’s still evolving.

Where would you say we are today in this twenty first century nation called the United States of America? Are we aligned with the self-evident truths that all persons are created equal? Do we agree that all people are endowed by the Creator with the Inalienable Rights of Life, Liberty and the Pursuit of Happiness/Wellbeing? Do we respect the dignity of the web of life like Chief Seattle and the many native Americans who gave their lives for their independence and freedom?

As I ponder this amazing story, I wonder what great purpose I’m willing to sacrifice myself and  sacred honor for? What am I willing to stand for, give my live for, knowing that great freedom comes with great risk? What might be calling us all to this kind of resolve? What purpose could be inspiring  us to act boldly to create the good, the great and wellbeing for all? Maybe it’s no longer independence from a foreign power but an awareness of the interdependence of all humanity and all creation we need to be standing up for, sacrificing for, giving our lives for.

This week-end, as we raise the flag of our United States of America, can we see ourselves as a catalyst for a United Global Community that respects the dignity of every human being and the whole web of life? Can we see the invaders as mind parasites sapping our energy, creating indifference and distracting us from the exploitation of all that is natural, precious, beautiful and alive? Can we recognize these energies within and without that seek to enslave us with prejudice and self-serving indifference? Can we awaken to a new way of Being together as One?

I used to think the ‘enemy’ lived in foreign countries, spoke different languages and was far off. Today, I see the enemy within ourselves, within our systems and within our own mind sets. Knowing they are we causes us to look within. Can we ever have “Peace on earth and good will toward All without changing our own thoughts, words and actions? As we more clearly see the enemy within, can we stop projecting, heal our wounds and create a new reality for the whole?  If so, we will respect the dignity of every human being and the sacred unity of Mother Earth.

The world is in need of new leadership, new resolve, a lived interdependence that heals the whole creation of sentient and non-sentient beings. It needs a renaissance, a resurrection of Divine Love that’s always here and waiting for our inspired awareness. The Cosmic Christ is an energy personified in the One and many that’s calling us to bring forth a new beginning; to  awaken the Divine within, to heal the wounds again and again. “All things are bound together. All things connect.” The call is for a radical shift in consciousness; to transcend and befriend!