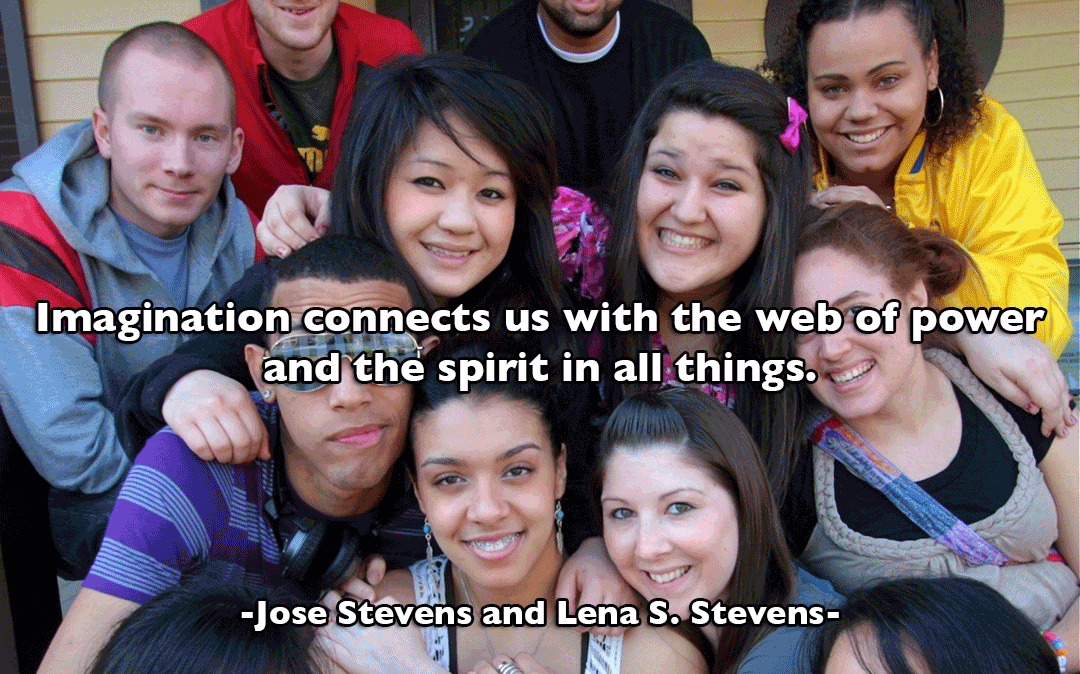 When I first heard John Lennon’s song Imagine I had a difficult time imagining no heaven, no hell, no countries, no religion, no possessions, no need for greed or hunger and nothing to kill or die for. Today, I have no difficulty at all imagining these realities. I’ve become a dreamer and invite you to become one too if you’re not already there. What happened? I crossed a bridge into the Imagine-Nation where anything is possible. I woke up to the potentialities within us all.

Over the many years I’ve been involved in life since the nineteen sixties I explored as many traditional and innovative ways of thinking and feeling I could. I took on the best ones that worked for me and left the rest that didn’t. I studied and experienced the many mystical traditions of Christian, Indigenous, Hindu, Buddhist, Muslim and Jewish peoples. I expanded.

I also studied and practiced the many psychological theories of the twentieth century as well as becoming proficient in the Myers-Briggs personality typologies, Emergenitics, the Enneagram, Emotional Intelligence, Gurdjieff’s Fourth Way and Hawkins Map of the Scale of Consciousness. I explored the new cosmologies of Teilhard, Einstein, Heisenberg and other contemporary scientists exploring the quantum world of entanglement, interconnectivity and participation.

Over time, the discovery was I had let go of the thoughts that kept me stuck to let come the  new more expanded ones. Remember, ‘a Belief is only a thought we keep thinking.’ To change our thinking is to change our lives. This brings us into the Imagine-Nation as co-creators of New Life. If you desire to join this new realm of Being, you simply have to change your thoughts. You start choosing the ones that feel the best and are in alignment with your Inner Being, Highest Self. You then keep imagining and living into the best for yourself and others.

Julia Cameron says: “What we conceptualize and inhabit on the imaginative realm, we can manifest and materialize on the physical one. There are creative powers larger than our own which will consciously assist us in shaping our destinies and desires if we seek their involvement.” This we do as we walk into the Imagine-Nation. This we can do as we encounter the many paradoxes of life. As we keep opening and re-aligning, we reshape our future.

Rather than saying “That would be nice but… I can’t believe that… I don’t think it’s possible…” We say “Wouldn’t it be nice if… I am, I can and I will…That’s possible as long as I…” Pierre Teilhard de Chardin, the Jesuit priest and paleontologist saw this clearly: “Matter is transparent and malleable in relation to spirit.” As we align our thinking with more positive possibilities the probabilities, the shift is made and we’re in. Welcome to Imagine-Nation!

As we expand the awareness of our minds and hearts we begin to experience broader horizons and ever widening possibilities. This is our calling; to open, to co-create, to expand our small selves into our ever present divine selves. Meta-physically, beyond form, this is who we really are. This is the potential in every human on the planet. This is the trans-rational land of Imagine-Nation, the causal plane where new worlds are created and all are invited in . . .

Some say “seeing is believing.” I say Yes to this in it’s coded form. The underlying meaning is  when we ‘See’ with the ‘inner Eye,‘ we will Believe, Receive and Achieve what is perceived. This act of inner Seeing transports us into Imagine-Nation. Do you see what I see?  Hmm . . .