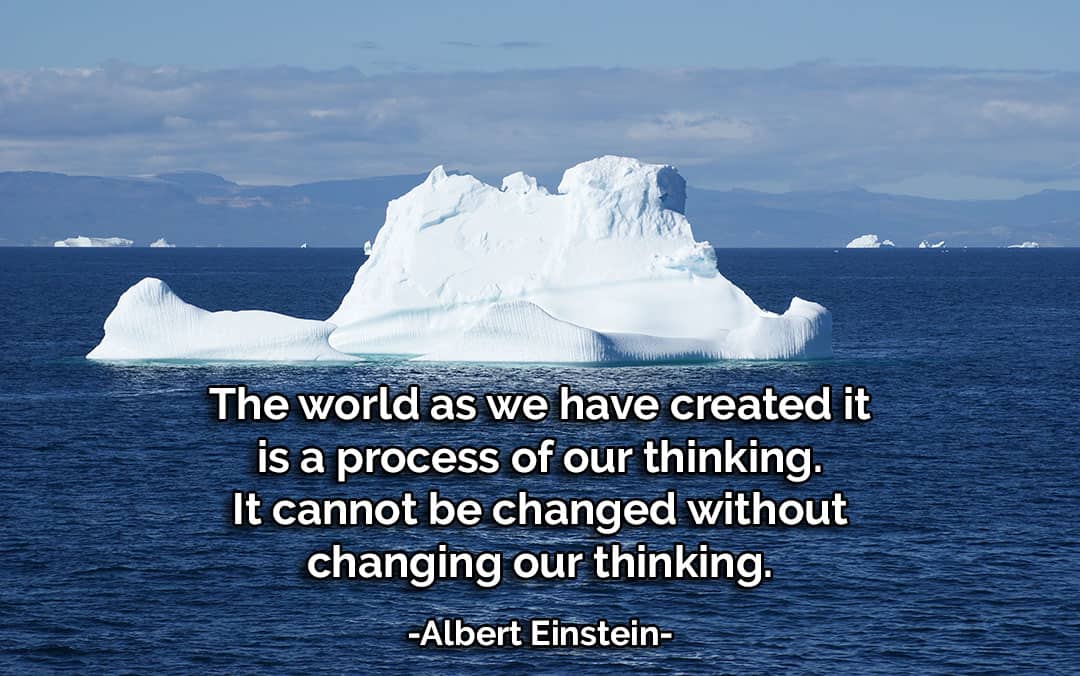 It’s been said we don’t believe what we see, ‘We see what we believe.’ To believe is not just an idea; in its fullness it’s giving ourselves to a particular way of being and doing in the world. It’s the certitude that ‘this is unequivocally the way it is and I’ll give myself to it without hesitation.’ Using this definition, do some of your beliefs change? How are you giving yourself to your beliefs and how do these beliefs change who and what you embrace and stand for? What transitions are shaking and expanding you?

Seventy years ago there were still a majority of people who believed that women were inferior to men, people of color were inferior to caucasians, children were to be seen not heard, those in charge were to be obeyed without question, might made right and the earth’s natural resources were here for the taking. The post World War ll baby boom, population shifts, civil rights, changing morals, Viet Nam war, draft protest and great unrest shook our cultural foundations and transitioned us into a new trajectory.

With individual and collective transitions we have choices to rail against the storm, become part of the storm, hunker down until the storm passes, complain about the storm, ride out the storm as best we can and even see the storm as a new beginning to be embraced. When we choose to transform our transitions, we change the changeable, accept the unchangeable and let go of the unacceptable. We allow ourselves and others to release what has been to believe and become something new.

One of the primary difficulties in modern day cultures is we’ve let go of the mystery in life. We’ve become overly identified with form and mostly lost track of the substance within the form. Over identification with form creates materialism which leads to dualistic either/or thinking thus creating winners/losers, rich/poor, good/bad, separation/division and on and on. Rather than seeing through the illusions of form into the substance that generates life, we divide and conquer, command and control, separate and annihilate.

The transition from either/or thinking to an inclusive both/and thinking is the passage through which we must pass for the reconciliation of all so called opposites. The awareness that polarities are integral to the universal energy field begins to awaken new ways of being and doing. The sub atomic energy of the universe is a sacred unity, a field beyond wrongdoing and right doing, beyond form yet within all form. To engage this universal consciousness is to embrace that which animates the whole of creation.

Let’s use an iceberg metaphor to clarify. The conscious mind is like the one-eight of  iceberg which shows above the surface. The seven-eights not seen by the naked eye is the subconscious. Beyond the subconscious is the collective unconscious which is like the ocean in which all the icebergs float. This ocean is not the only means of communication between all the icebergs but is the collection of All Consciousness to which we, as individual icebergs, have access. Through meditation/contemplation we can contact this Source, transcend our finite limitations and connect with each other.

This is the transition that has and continues to be spoken of and engaged by mystics and saints throughout the ages in all spiritual traditions. To embrace this transition is to embrace each smaller transition as little by little we accomplish much. So, when you find yourself in the beginning, middle or end of any transition; be still, trust, open, presence and give thanks for the opportunity to once again connect with the Ocean of Love that’s communicating to you infinitely in the moment. Welcome Home. . . .