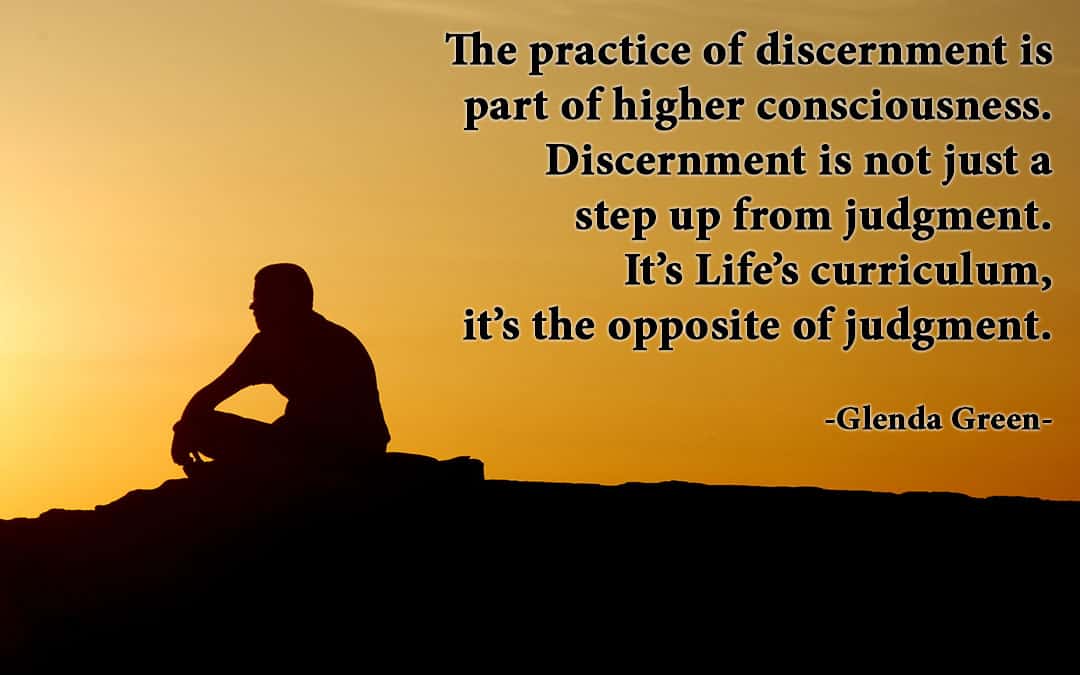 Candy got married young and had three sons before she was twenty-five. Her husband died in his sleep from an undiagnosed heart problem when he was thirty one. Left with the loss of her husband, three sons ages four, two and one: she went into a deep depression, gave the boys up to their grandparents and disappeared into the night never to be seen by them again. This was not discernment . . .

Before I entered seminary and began to consider taking ‘Holy Orders’ in the Episcopal Church, I’d never heard of discernment. Even when used then, it was only to uncover the possibility of being ‘called’ to religious life in the Church. Anything else was simply  referred to as decision making. Today the use of the word is taking on a much broader meaning related to a psycho-spiritual consciousness of transcendence and inclusion.

Discernment comes from the Latin discernere, to separate, sift, distinguish between. It speaks of multi-sensory capacities, qualities of being able to grasp and comprehend choices beyond the ego mind’s self centered attitudes and behaviors. There’s an inner and outer depth perception that can transcend the obvious and reach a higher/deeper  level of understanding that’s aligned with the Ineffable, Tao, Essence, God.

You’ve probably heard of the ‘Still Small Voice’ within. This is part of the Who that is You and part of the One in All. It transcends our rational mind which is why so many people deny its existence. It’s the voice behind all the other voices speaking in the depths of silence. When you follow Its lead, you discover a peacefulness that lets you know the ripeness of each directive. You see the impossible as possible and begin to act as such.

Take a break here and look at a direction that wants to be taken by you. It can be a very small or large decision. Get quiet, let go of any distractions, observe your monkey mind that’s chattering all the time. Send love to all the voices and drop the next sentence into the mix. “What does this moment ask of me?” The moment can be an instant, a day or the transition time you’re in. Drop below all the chatter until you relax into the depths.

Rest here. Feel the silence beyond the noise, the peacefulness beneath the chaos. Let it all settle until there’s a calmness, a gentleness, a cradling. Do not rush the process or it won’t settle. In the depths, the quiet, the peace, what comes? What’s the feeling, the image, the sound, the message? (It will usually be very brief and to the point). Quiet your mind and listen deeply. ‘What does this moment ask of me?’  Be still and know . . .

As you practice this Presence, you will make contact with your Heart of Hearts, your IAmness, True Self, Soul connection. Marinate in this Mystery for as long as it takes to tenderize your heart, appreciate the journey and know ‘Namaste,’ the Divine within you recognizing and acknowledging the Divine within All.  Shh…Listen…Be In discernment…