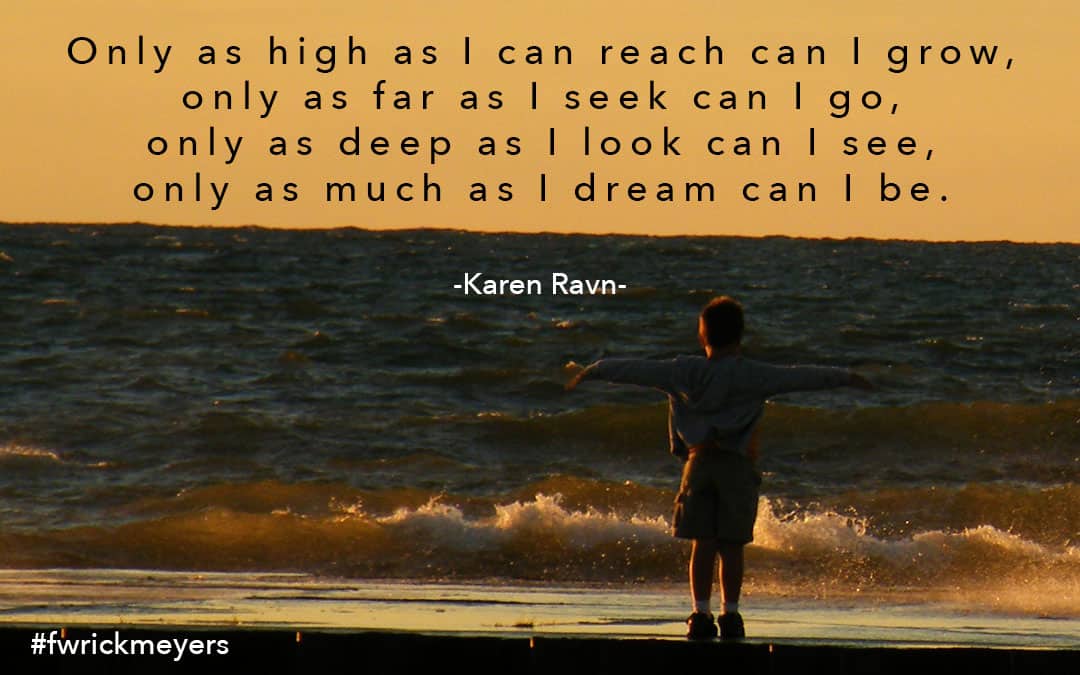 Back in the mid sixties Ken Kesey and his Merry Pranksters were touring the U.S.A. in their psychedelic bus upsetting the apple-cart of the status quo by giving away legal LSD. On the destination plate of the bus they’d written ‘Further’. This wasn’t about climbing further up the corporate ladder or going further in debt or getting further ahead in the mad dash toward greater acceptance and social mobility. It was about going further and further into the expansion of awareness and the evolution of consciousness.

No matter what you think of their methods, their recognition that we humans are destined for greater achievements than more money, more waste, more war, more narcissism, more laws, more division, more poverty, more racism, more shadow projection and victimization was visionary. We are divinely inspired to ‘wake up’ to our innate wholeness and interconnectedness to Spirit, one another, the earth and the cosmos. How is this process of waking up happening for you? I’m finding it to be a full time job. . .

As the sixties proceeded, the music scene in the world also changed in radical ways. The bubble gum music of the early to mid sixties turned into what some called ‘message music.’ It had lyrics that asked the listeners to awaken to a whole new way of being in the world. It was also different in the rhythms, harmonies, and messages about love, peace, beauty and caring for one another. The Beatles turned from pop to political activism through John Lennon and spirituality through George Harrison. Others spoke of darkness, despair, love and  a new age.

Gurus and teachers from a variety of spiritual traditions were showing up across college campuses. Christian monks were bringing the contemplative traditions out of the monasteries into a flowering culture. It was a time of renaissance and cultural upheaval. Boys were being drafted and sent to the killing fields of Viet Nam while students were protesting throughout the land, being jailed, beaten and even killed. It was a turning point in world history from what was to what could be. The contrasts between expansion and contraction grew wider.

It’s difficult to believe that so many who awakened went back to sleep and participated in the creation of more chaos, greed, disassociation and narcissism. It’s as if we transformed liberty into license so we could do anything we wanted in spite of the cost to the environment and each other. Liberalism and progressive thought turned into permissiveness and lawlessness. Conservatism and business as usual turned into rigidity and dogmatism. Lines were drawn between affirming and denying, enhancing division rather than co-creating common ground.

If our destination in this life is to expand our awareness, grow and evolve our consciousness, live together in harmonic acceptance, wise understanding, loving kindness, joyful abundance and peaceful presence, it’s imperative to find common ground in our collective divinity and humanity. In affirming and denying there’s polarity, duality, and division. With a third force of neutrality/reconciliation, there is the ongoing possibility of new arisings, new ways of being and becoming together in the unity of diversity. This is the ‘further’ some have seen.

This third force of reconciling/neutralizing ends and begins with each of us as we create our thoughts, words, dreams and actions. The vibratory energy we send out is part of the creation of war and peace here, there, and everywhere. There’s height, depth, and breadth to our Inner Being that is transmitted like a broadcast message to the world. This subtle and causal energy we transmit is part of our collective unconsciousness, part of the atmospheric layer that protects and destroys us because we are One.  We breathe it in and out with every breath.

To go ‘further’ is to understand at a higher, broader and deeper altitude of awareness what’s at stake for our global community when we fail to pursue reconciling collaborate engagement with each other and our environment. It’s an altitude of cooperation and collective effort to live in harmonic balance with ourselves, each other, the whole of creation. It’s a journey into the sacred unity of the Great Creating that we’re all an integral part of. It’s what some have called our quest for heaven on earth: reconciling the highest altitude with the lowest. Here we are. . . Destination? Further and further into the sacred unity of LIFE!