Change From the Inside Out 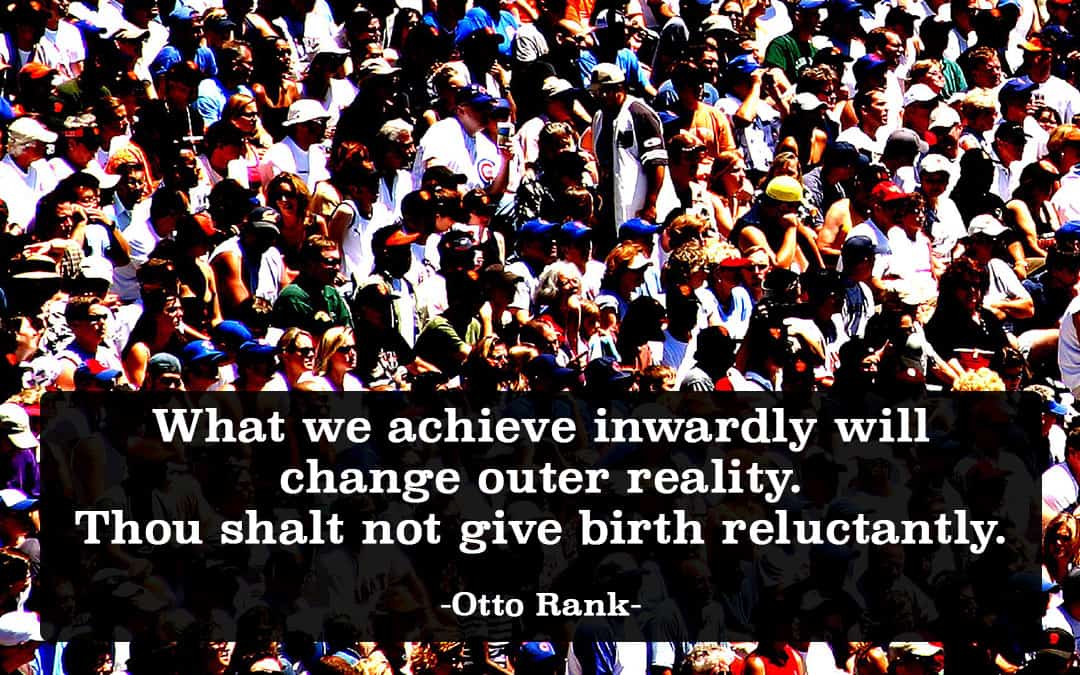 When you imagine change, what’s the first thought that comes to mind? Is it ‘Fantastic, it will be terrific, I can hardly wait.’ or ‘Oh no, how’s this going to effect me?’ Both of these are typical. We look forward with expectancy because the creative urge to experience something new and different gets stimulated. We also look backward to see our losses and hoped for gains. Change is always from and to, loss and gain.

When we look at change, we lean toward the dynamic and the more static side of it. We go to either/or rather than knowing that both are needed and both can take place at the same time. If we’re satisfied with the way things are we resist change. If we’re wanting something different we become more receptive to change. When we’re in the neutral zone we’re more likely to go with the status quo and try to keep it so.

We’re now living with rapid outer change and it’s a challenge. As such, it requires an inner disposition of calm contemplation action. It requires a certain receptivity to what is and what can be. It requires discernment and a community of dedicated people to not only do things right and do the right things but also to find solutions that are adaptable with necessary course corrections, ongoing discernment and creativity.

There were times in our human history where nothing much changed. Today however, change is an ongoing phenomenon. Technology is changing us in ways we don’t even know. Global social change is escalating as cultures clash. Climate change continues to spawn new concerns. Populations are rising while natural resources are declining. Fear and anger are replacing love and reconciliation. It’s time for us all to wake up . . .

Some want to ignore the changes while others have differing opinions about how to bring further change through new solutions. Those who strive for power over seek more of it while those who are powerless end up in refugee camps, depleted fishing villages, dying cities and failing farms. Pundits keep talking, soldiers keep fighting, babies keep dying and politicians keep lying. What are we to do? What are we to be?

Otto Rank, a protege of Sigmund Freud who was born in the 19th Century and lived into the 20th century saw his own version of change in Europe and the United States. He saw the ongoing death of the old and the birth of the new. “Thou shalt not give birth reluctantly.” was his directive to his contemporaries and to us. We are the birthers of a new being and to do it reluctantly is to fail the call for inspiring and ongoing action.

What we achieve inwardly will change everything. It’s about waking up to who we truly are, to the divinity that lives in every cell of our being and that of every other being. It says that we are the ones we’ve been waiting for and in Love, we can do this. Take the time to go inside, into the cave of your heart and ask as often as possible: ‘What does this moment ask of me?’ Listen deeply, persistently. Change from the inside out . . .