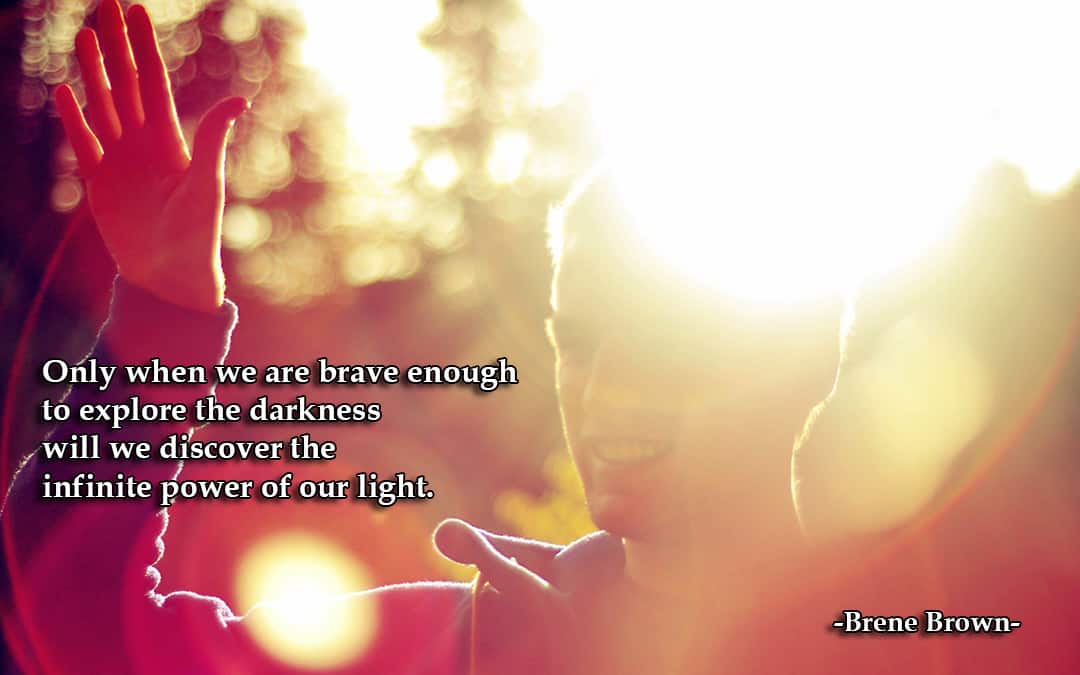 It seems that many of us have been exploring the darkness for decades while others have been ignoring it and even contributing to it thinking it was the light. As Benjamin Franklin once said: “How few there are who have courage enough to own their faults and resolution enough to mend them.” As we approach the end of another calendar year, rather than unconsciously ignoring the darkness, it seems appropriate to explore it and discover the light that brings awareness to a whole new way of Being and doing.

Over many decades of inquiry and experience I’ve noticed that few of us differentiate between doing and Being. We seem to equate both as one thing to the point of agreement that we’ve become Human doings rather than Human Beings. Doing comes from the personality, the ego mind. It’s all about me, i, my and mine. It’s number one focus is on itself while everyone and everything else is secondary, tertiary and unimportant. It sees itself as separate from rather than interconnected with.

Each ego self is socially conditioned and totally identified with its own passing thoughts, feelings, and compulsive patterns of perception and behavior. There is no proper distance from this temporary individualistic self which is continually self referencing, self conscious and self absorbed. It’s the primary illusion of the human condition which creates an unquestioned attachment and compulsive identification with our isolated self.

Being is our Inner Witness, Indwelling Spirit, Inner Being, Soul that identifies with the Wholeness of Life in all its manifestations. It allows us to see our unconditional interconnectivity with the whole of creation, even with our ego. It’s not attached to appearances and external trappings. It doesn’t measure who we are by our doing. Rather, it allows us to surrender and let go of these passing things to access the higher, deeper and broader sense of Self which is already Whole, content and filled with Life.

From this perspective we are Human Beings doing all kinds of things from our Being rather than Human doings who try to be something through doing only to discover the necessity to do repeatedly; never satisfied because the ego can never do enough or be enough. Eventually the doing slows down and dies through aging and injury while Being continues beyond doing, beyond form and beyond death. When we come to this awakening, we learn daily to let go of our attachments and drop into our True Self.

Ken Wilbur, the great modern day philosopher speaks of “Transcending and including.” He, like others before him take us beyond our either/or binary thinking into a both/and ternary approach to Being and doing. Human development, beyond basic needs, is primarily Being more, not having or doing more. When we begin from Being, the doing is connected to Essence, Source, interconnected and interactive with the Whole. It recognizes the evolutionary trajectory of consciousness and lovingly companions it.

All of this is not to say we don’t need the ego mind, the doing mind. Quite the contrary. It’s a necessary part of who we are and yet, in it’s immature stages it creates  division rather than unity. To transcend and include this doing mind is to awaken to our Being and through this deep interconnectivity begin to mature the ego into collaborating rather than combatting with or ignoring Being. This is the spiritual journey; to grow from me to we to thee which includes the totality of all that is and ever shall be. This is what a Human Being is. How are you Being and what are you inspired to do be do be do?