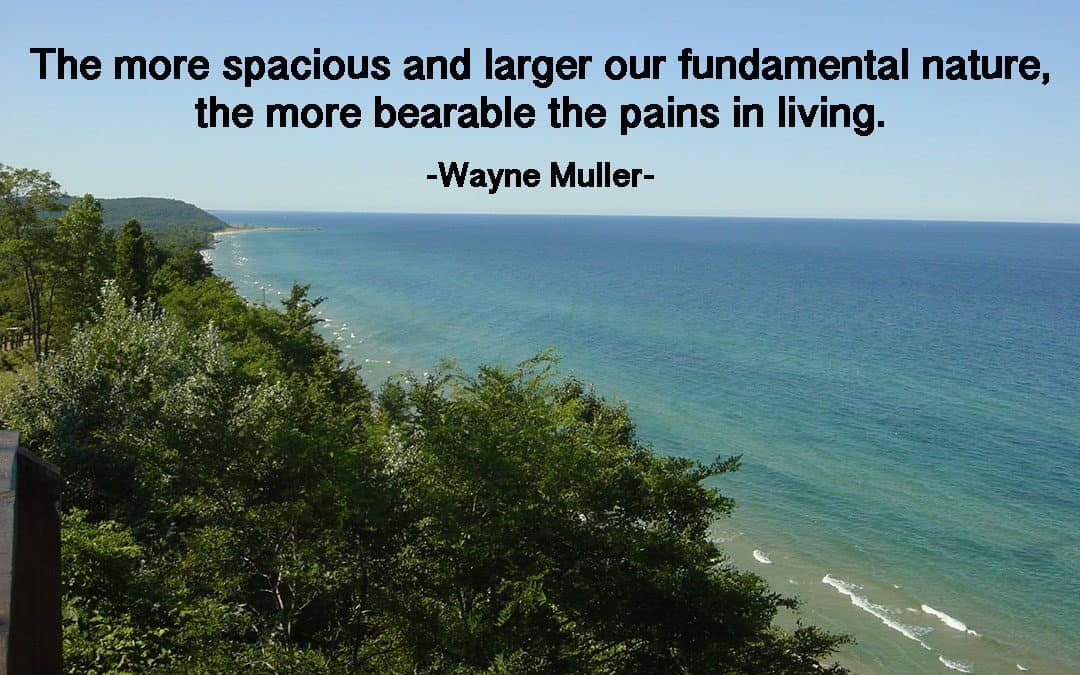 Every once in a while I run across a story that fits into the message I want to communicate to you. Today I’m telling an ancient Hindu story translated to us by poet and author Mark Nepo. It speaks to the space  I find myself and others so often. Let us continue to expand into the enormity of Who we really are.

An aging Hindu master grew tired of his apprentice complaining, and so, one morning, sent him for some salt. When the apprentice returned, the master instructed the unhappy young man to put a handful of salt in a glass of water and then to drink it.

“How does it taste?” the master asked.

The master chuckled and then asked the young man to take the same handful of salt and put it in the lake. The two walked in silence to the nearby lake, the apprentice swirled his handful of salt in the water and the old man said, “Now drink from the lake.”

As the water dripped down the young man’s chin, the master asked, “How does it taste?”

“Do you taste the salt?” asked the master.

At this, the master sat beside this serious young man who so reminded him of himself and took his hands, offering, “The pain of life is pure salt; no more, no less. The amount of pain in life remains the same, exactly the same. But the amount of bitterness we taste depends on the container we put the pain in. So when you are in pain, the only thing you can do is to enlarge your sense of things. . . Stop being a glass. Become a lake.”

When we focus on enlarging our sense of things, become a lake instead of a glass, not only does our perception shift, but also our awareness. A Broader Perspective is what religion intended to accomplish. The Latin word religare literally meant to bind back to the Essence of who we are. It was to be a finger pointing to the vast Source of our Being and becoming as physical and non-physical entities co-creating as One.

This story invites us to stop complaining about the small stuff  while realizing that it’s all small stuff in the grand scheme of things. It also directs us to our eternal inner Being that co-creates worlds with the Great Creating. Once we start awakening and focusing here, this little glass of salt water becomes the contrast in life that shows us who we are not, so we can move beyond it to become who we are and can be while co-creating it.

This awareness of your value and the value of all others in the vast lake of Well-Being helps facilitate an ongoing process of conscious alignment with Source, thus creating an ever expanding spaciousness of hope, lovingkindness, joy and peaceful prosperity.