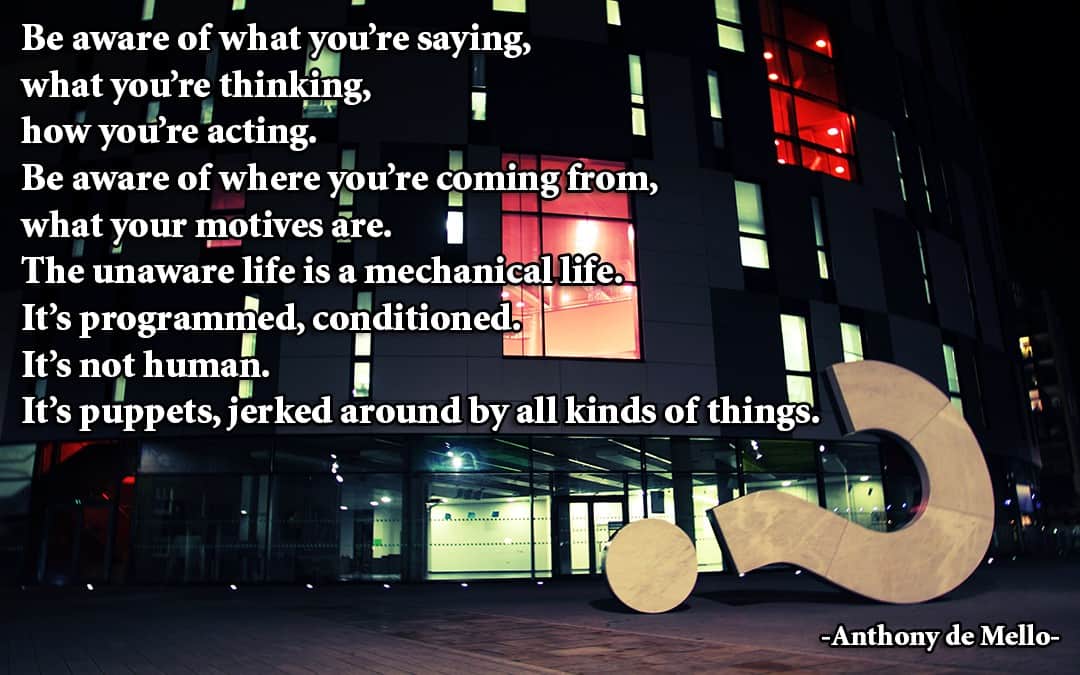 When we come into this earth plane as infants, there’s a primordial spacious awareness of our environment and an undeveloped yet vast consciousness that rapidly grows. Life is an interconnected mystery and yet we’re not aware of our awareness. As we grow, we move increasingly from this open infinite consciousness to a more restrictive finite field of consciousness. This is necessary for survival in the material world.

Without awareness of both infinite and finite fields of consciousness we become one sided. Our over identification with the finite and under identification with the infinite skews our perceptions and limits our innate potentialities. The dualistic mind grows unchecked by the lack of its opposite while the limited ego mind grows unchecked by the lack of Meta mind awareness.We become unbalanced and lost in the material world.

The mystery and wonder of the infinite ‘IAM’ is replaced with the insecurity of the finite ‘iam’. Fear overshadows the environment and infects the heart. Rather than working from the inside out, we learn to work with the outside and ignore the within. We learn to follow the rules and become mechanical tools unable to reconnect with the Source from which we’ve come. We learn to become less than, displaced, lost, and confused.

Meanwhile the IAM, Infinite Self within that’s connected to everything simply waits, sends messages in a variety of forms, and stands by with and for us assisting in any way possible. The overarching mission of conscious evolution gets lost in the shuffle and the life of external push, drive, oppression, alienation, disconnection selfishness, arrogance, despair, unconsciousness, unawareness, and difficulty begins.

At some point along the journey we wake up and wonder why life is such a struggle. We begin to sense something within that feels different. We start paying attention to it or start working harder, get sick, and numb out with a variety of distractions.This is the choice point that begins to show up repeatedly. It’s where awareness of awareness begins. What difference would attending to this awareness have for you?

How aware are you of what’s going on in your life? Are you living life with fixed ideas that don’t change? Are you only identified with the finite self, your body, your country, your conditions, opinions, attitudes, ideas, and prejudices? Awareness is about reconnecting with the Infinite Self, working from the inside out, and knowing that you don’t know so you can know. It’s about the Infinite, the finite, and everything in between. It’s about the unlimited possibilities and potentialities we’re just getting to know. Hmm..?